The world’s first national park, Yellowstone, was created by President Grant in 1872, igniting a passion. More parks were created, among them Yosemite, Haleakalā, Wind Cave and Glacier. Unfortunately, the management and protection of these national parks was haphazard and delegated to different agencies.

More than 40 years after Yellowstone was established, Wilson signed into law the creation of a new federal agency known as the National Park Service (NPS). The mission of this agency, housed under the larger umbrella of the US Department of Interior, was to manage these new lands.

The land management philosophy of the era was strongly utilitarian, reflected in the US Department of Agriculture’s established priorities of cultivating forest products, such as timber, for the benefit of the American public. The fledgling Park Service was to be different. The focus was protecting, not exploiting, natural landscapes. To many people of the time, removing profitable land and wildlife from commercial use was heresy.

Others, though, recognized this bold idea for what it was:  a new way of looking at the world. Mining, timber harvesting, and railway construction, in addition to commercial development and western settlement property-granting programs, were important to the country’s economy. The idea of protected lands, on the other hand, bolstered the notion – espoused by key conservation figures like John Muir and Teddy Roosevelt – that some places should remain free of these pressures, thereby leaving them unimpaired for the enjoyment of future generations.

In 1916, the NPS was given responsibility for managing slightly more than 30 parcels of federal land. Today our National Park System includes more than 400 areas spanning more than 84 million acres in 50 states, the District of Columbia, American Samoa, Guam, Puerto Rico, Saipan, and the Virgin Islands.

Today, the National Park System includes seashores, glaciers, log cabins, endless trails, untamed rivers, and rainforests in addition to civil war battlefields and civil rights monuments. Sites honor places where tragedy struck, such as the September 11th crash site of United Flight 93 and the 1995 Oklahoma City bombing. NPS units also inspire us at the Statue of Liberty and the Lincoln Memorial. One of our greatest writers, Wallace Stegner, called national parks the best idea our country ever had.

Today, on this birthday of the NPS, we honor the 20,000 employees of the National Park Service. For 15 years, I wore the uniform of a ranger and I know how much these people care and how much they sacrifice for these special places. Join me and all of us here at Enwild in thanking those who patrol and protect our national parks.

Get the gear for your next adventure! 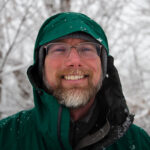 Troy has worked outdoors for 25 years, as a wildlife biologist for the BLM and the US Fish and Wildlife Service as well as a ranger for the National Park Service. His work has taken him from the North Atlantic to California and from Montana to Central America. During those journeys he encountered temperatures of -40 (and a surly marmot) in the Rockies, knee-deep mud and poachers in the jungle, and the beautifully austere deserts of west Texas and southern Utah. 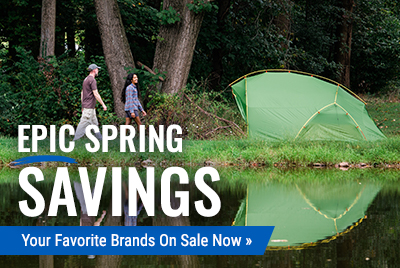 Get your FREE Enwild t-shirt!

Join our mailing list and you’ll receive an email with your coupon code for a FREE Enwild T-shirt redeemable with your first order of $75 or more at Enwild.com.*