From the classic liquid-fueled MSR Whisperlite to the superlight canister-powered PocketRocket Deluxe to quick-boiling integrated stove systems that run on canisters, there is seemingly an MSR stove for every type of activity and user. While it’s possible to make most stoves work in most situations, matching a stove to your specific needs is the key to achieving backcountry bliss.

As far as ease of use, canister stoves are king. Canister stoves have just two parts (the stove and the canister), require minimal maintenance, and are easy to operate—simply screw the two pieces together, turn on the fuel, light, and get cooking.

Another convenience is that fuel canisters are self-sealing, which eliminates the chance of spilling fuel—either while setting up your stove or in your pack. However, since canister stoves are generally top-heavy, you do run a higher risk of spilling your dinner.

Canister stoves excel in ideal conditions, but cold weather and high elevation cause low pressure in canisters, leading to everything from low heat output to not igniting at all. Using a windscreen isn’t recommended with most canister stoves (using one can cause the canister to explode), making them a challenge to use on outings like breezy backpacking trips.

Canister fuel is available in most developed countries, but not everywhere. If you’re traveling internationally or to a remote destination, finding fuel is at times a struggle. Canister fuel is also more expensive than liquid fuel; according to MSR, the cost of an hour of cooking time on a canister fuel stove is roughly $6, compared to roughly $1.50 using liquid gas.

Covering your fuel needs is easier with a liquid fuel stove—MSR makes three different size fuel bottles, all of which you can fill to meet your exact needs, unlike canisters where you’re confined to carrying the volume of fuel canisters are sold in. It’s also easier to determine how much fuel you have left in a liquid fuel bottle compared to a canister.

Liquid fuel stoves allow the user to control fuel pressure, making them ideal for use in cold weather and at high elevations. Because liquid fuel stoves are designed with the fuel bottle positioned away from the stove, it’s possible to use a windscreen with them.

Liquid fuel stoves are generally heavier than canister stoves; however, stove weight is just one part of the equation. On trips that require multiple canisters (such as extended backpacking trips or trips where you will do a lot of cooking), the ability to carry one large bottle of liquid fuel can nullify the weight advantage of canister stoves along with eliminating the need to haul around a bunch of empty fuel canisters.

Most liquid fuel stoves operate on white gas, but some stoves like the MSR XGK-EX Extreme and Whisperlite International are able to burn other fuels like kerosene and diesel, making them ideal for traveling to places without reliable fuel sources.

A few other benefits of integrated canister stove systems include:

At the end of a long day adventuring outdoors, most of us will eat anything—but why settle? The MSR stove for your camp kitchen makes serving up everything from freeze-dried favorites to gourmet meals easy.

WANT A NEW STOVE FOR YOUR NEXT ADVENTURE? 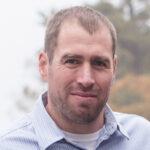